You are here: Home / Ink Projects / Hornets Can’t Even Stop Me From Chalking On a Beach Umbrella.

It was an interesting day. I’m not a fan of bugs to begin with. My assistant did a trap and release of a bumble bee in the shop the other day. They are pollinators so i can’t be mad at that. HORNETS, however are another story; especially when I’m trying to chalk with the Stars and Stripes Forever transfer

So I was chalking and I heard an unusual noise. It was kinda like a black hawk helicopter landing on my shoulder.

Hornet. I screamed and ran like my ass was on fire. My son and I are allergic of course. We ended up killing it and put it in a cup for the exterminator to look at. I went back about our business It was one of the scariest moments of my life.

Until it happened again.

Another one came in from somewhere. And Freak Out Number Two began. Trap and destroyed this one as well. Duty still calls and I went about my live after that. I have a whole series of live demos on the Stars and Stripes Forever transfer. Unfortunately, that transfer is sold out and not coming back…bummer. I did do a really cool project with the Shell Yeah transfer. I chalked on a beach umbrella and it turned out fabulous!

This transfer is sooo versatile. It’s a favorite of mine. I actually have a nice bundle if you’re interested, check it out here . Tons of things to make multiple projects at a great price. One really cool thing I did with this transfer was to chalk on a beach chair umbrella!

I used white Couture Ink on two umbrellas, green and blue. It wasn’t the easiest chalk I’ve done but it worked out. The good thing a bleed happened and it was able to be wiped right off. My only hesitation at this point is that ink should be heat set and I have to do research on the best way to do that so nothing gets melted. Here’s how they turned out.

I’m going to take pictures at some point, but here are shots from my demo video you can see below.

So that’s my umbrellas. I’m always thinking of new things to chalk. This was definitely a success.

Stay safe and Chalk On.

Join me as I show you different ways that you can craft, create, and decorate your home or personal living or working space! I enjoy creating with Chalk Couture, and I am an Independent Designer with them! Let me help you create the life you desire!

Did you all see this? PERFECT FOR SUMMER! This is STILL one of my FAVORITE transfers!!! I have 4 bundles left!!! Bundles include a:Sylvie 18X24 Love You 's S'more Pretty Pastel's Palette PackSmall SqueegeeWood Cutouts that coordinate. Comment below with SOLD, your email, and zip code to get an invoice! First 4 who comment sold with info below get to claim!!! ... See MoreSee Less

Chalking With Jessica Wilson Inc. is a participant in the Amazon Services LLC Associates Program, an affiliate advertising program designed to provide a means for sites to earn advertising fees by advertising and linking to Amazon.com. 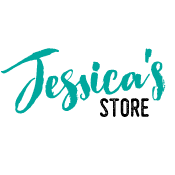 Hey Friends!!! Today is my BIRTHDAY and I’m su

Guys!!! Remember I kept saying there would be a

Guys, I’m crushing pretty hard on how good the c

You guys! Didn’t this turn out SOOOOO cute???

Woo hoo for RESTOCK DAY! And it’s some things

Happy June Friends!!! What an AMAZING month this